The EDGE team is down in Costa Rica  this week on a fact finding mission with a little bit of R&R thrown in with the R&D.  You may know that CR— with its strong heritage of democracy, its peaceful history, eco-friendly policies and its stable economy—  has become something of a mecca for  tourists, eco travlers and foreign investors from all over the world.  Indeed in a region beset with all sorts of  social conflict and economic problems, CR stands out as something of an on-going success story.   You can trace all sorts of reasons why —  including some early resistance to the banana republic-making  of United Fruit Company.

But many Ticos attribute CRs continued stability to its historic focus on education as a country-shaper. Boasting one of the highest literacy rates in the world (over 90%), Costa Rica has made a big investment in both k-12 and higher ed for many years. Like in so many parts of the world there is so much more to be done in areas like teacher quality, equitable access, rigorous curriculum and instruction, technology integration but  CR is  certainly on the right path in valuing education as an essential asset in the country’s continuing development in the 21st century.

Incidentally this high value placed on education reminds Kohlmoos of  a similar high-priority focus in  Malaysia and Singapore way back in the early 1970’s  which Jim witnessed as a Peace Corp volunteer in Malaysia.  He recalls that the Malaysian government used some pretty lofty rhetoric about national identity and global competitiveness to justify its transformational changes in a serously fragmented  education system. This laser-like focus on education certainly has paid great dividends to both Malaysia and Singapore over the past 40 years.  Keep the focus, Costa Rica! Pura Vida! 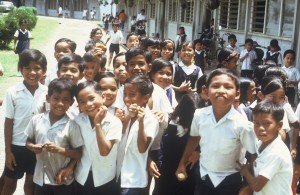 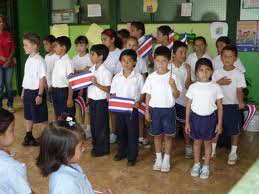